Ananda Mukhopadhyay:: Songbad Poobah Tv.com:: 12th January:: New Delhi:: Supreme Court got annoyed with the way Central Gov’t is handling the and practically slammed the union gov’t representative Venugopal on this issue: here are five most crucial observations made by the supreme court on this issue.

The Supreme Court on Monday said it intended to stay the implementation of the controversial agricultural laws while proposing to form an independent committee chaired by a former Chief Justice of India to “amicably resolve” the stand-off between the protesting farmers and the Union government.

“We don’t want to make any stray observations against you… But we are extremely disappointed in the way you’re handling this situation. You [Centre] made law without enough consultation, resulting in a strike. The many States are up in rebellion against you… The whole thing has been going on for months… You say you are negotiating, talking… What negotiating? What talking? What is going on?” Chief Justice Bobde asked Attorney General K.K. Venugopal and Solicitor General Tushar Mehta, both appearing for the Centre. 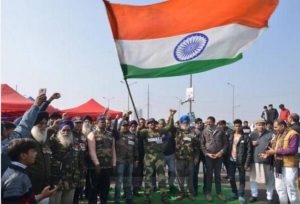 He, however, asked whether the farmers would “move a little” from their present protest sites to convenient citizens once the talks with the committee got going.

Mr. Dave and three other lawyers – senior advocates Colin Gonsalves, H.S. Phoolka, and Prashant Bhushan – representing the farmers’ unions said they would have to first discuss with their clients.

They suggested the name of former CJI R.M. Lodha to head the proposed committee. The government said it would come back on this on Tuesday. The court said it would choose from a panel of names.

towards of the end of the hearing, Mr Mehta, in an apparent attempt at damage-control, said the court had made “harsh” observations at the government’s handling of the crisis.

“Why do you say ‘harsh’? It was the most innocuous observations made,” Chief Justice Bobde replied. “We did our best,” Mr Mehta said.“Alright, alright… you did your best, but it did not seem to have any effect,” the CJI said.